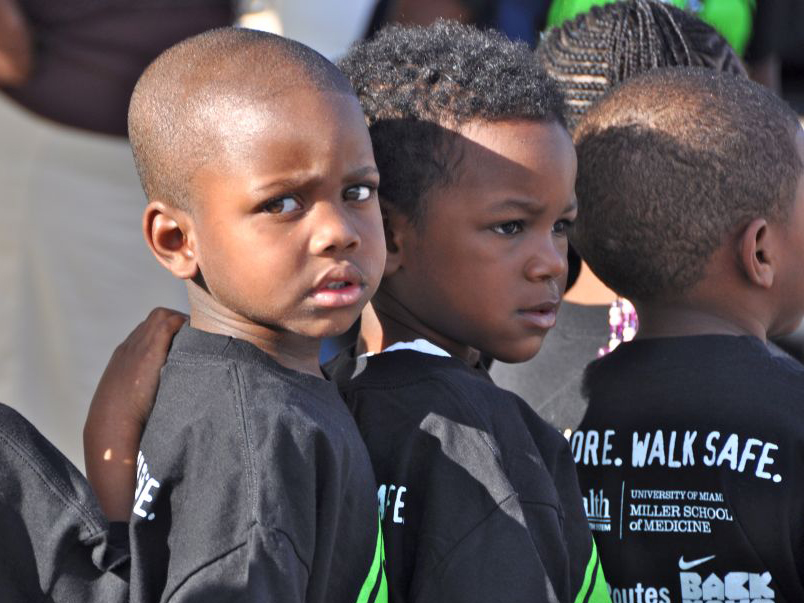 During an uncomfortable and brilliant presentation last year, Shavon Arline-Bradley addressed a room of over 500 Safe Routes to School conventioneers, boldly bringing related racism, discrimination, injustice, segregation, and social isolation to the discussion of transportation and health.

No euphemisms. No soft language.

The presentation’s title? The Elephant in the Room.

Ms. Arline-Bradley, former Director of External Engagement of the US Surgeon General’s Office, had brought the conference to a hush. She preached about the failures of one-way outreach vs. two-way community engagement, the missing voice of minorities in leadership, and the need to reframe problematic messaging.

The elephant in the room is now at the forefront of our society – if far too late – side-by-side with the COVID-19 pandemic. Coincidentally, they’ve both brought forth fundamental inequities in our societal institutions, and our streets are very much part of the equation.

For instance, COVID has shown us that, given a road free of the danger of automobiles, people will take the opportunity to ride their bicycles or walk. Street safety advocates have been fighting the status quo of car-centric planning for years on this topic, and now the proof is here for all to see.

But not everyone can just “ride their bicycle or walk.”

Thing is, safe and effective mobility is not just about widening a sidewalk and creating a protected bike lane. As important as those are, they aren’t the end-all to mobility equity, and their implementation is often anything but equitable. Were these improvements created in such a way that the community had a say in the creation? Will a new protected bike network directly benefit this community, or does it pass through like a highway in a prelude to gentrification? Is the new infrastructure physically safe, but unusable due to exclusionary loitering laws, obscure cycling regulations, or other policies that could be used to ticket and arrest Black people?

As Destiny Thomas from CityLab points out, a much-fought-for open street may equal open season on Black lives. And in San Leonardo, California, kids riding bikes from neighboring East Oakland are targeted by police.

For that matter, Miami’s own micromobility pilot (for scooters only, at the moment, and still paused due to COVID-19) cuts off just before the edge of Interstate 95, a highway known to history for dividing and destroying the once-thriving ethnic enclave in Overtown. The shape of the districts literally redline the pilot program out of the area.

Admittedly, while bike (and scooter) share is not necessarily cheap, the people of Overtown should be the ones to decide that. If they want to use micromobility to get to a better area for employment, they should have the right to be part of such a pilot in their city.

Every advocate, from the nationwide organizations to the lone individual, has to be aware of these institutionalized barriers – and be one-on-one with the people who live with these injustices every day. Advocacy affects people and communities, and it should come with an understanding that such advocacy must include beneficence to the people whose lives are affected by it.

While this may seem like another step to complicate what is an immensely frustrating process to begin with – if not an invitation for NIMBYism – planners and advocates need to step back and remember that community improvement used to come from communities, and not from the outside. Just because we’re all fighting to speed up the process to improve our much-neglected streets doesn’t give us the right to ignore the people we claim to benefit by creating these improvements in our own vision.

Find out the things you’d only know if you lived in their shoes. Let the community become the designers. No longer is it just your project, it is their project too – as it should be. What’s more, this is more likely to gain a project community favor.

Río Oxas from People for Mobility Justice presented examples like this at South Florida’s last tri-county Safe Streets Summit. This critical consciousness led to a responsible, community-led collaboration for extending first-mile/last-mile bicycle and walking connections surrounding the LA Metro’s Blue Line light rail system. Instead being a cheerleader echoing Metro’s own dialogue for the project, Río’s organization became the connection with the community, leading to the project acknowledging the historical effects of redlining and ensuring that the new connections would equitably benefit the surrounding communities.

Though it is too early on see this level of engagement become a part of major infrastructure projects here in Miami (though such improvements in this region seem next to impossible for any community of any background), we’ve already seen larger, nationwide efforts in the bike/walk field taking on social equity. Since our program is first and foremost for kids, one of the ones we’re quite enthusiastic about is Safe Routes to School replacing enforcement with engagement in their 6E framework.

Not only does this decision acknowledge that enforcement is often twisted into counter-productive blitzes of ticketing bicycle riders and ped/bike shaming “informational” traffic stops, replacing it with engagement fixes a major conversation issue: Organizations no longer can waltz into a community, deliver one-way “outreach” without listening, and call their job done.

And yes, one could argue that this framework is largely symbolic. Some would say that you have to start with the 5D’s proposed by People for Mobility Justice – originally applied to Vision Zero – first: Decolonize, Decongest, Decriminalize, Dignify, and Determination.

Indeed, these 5D’s should pave the way for every project. Nevertheless, since SRTS programs are expected to put the new E’s into practice, programs will have to adapt. How they’ll adapt will be the important part.

Time will tell how much actually changes in our society, but we’re wishing with every fiber of our beings to see change and effect it from our own programs as well as we possibly can. WalkSafe started with the pain of seeing children from Overtown, Brownsville, West Little River, and nearby neighborhoods come through the Ryder Trauma Center, beaten and battered from traffic crashes. We won’t stop until these children can walk and ride to their schools in safety – safety from traffic and safety from hate.