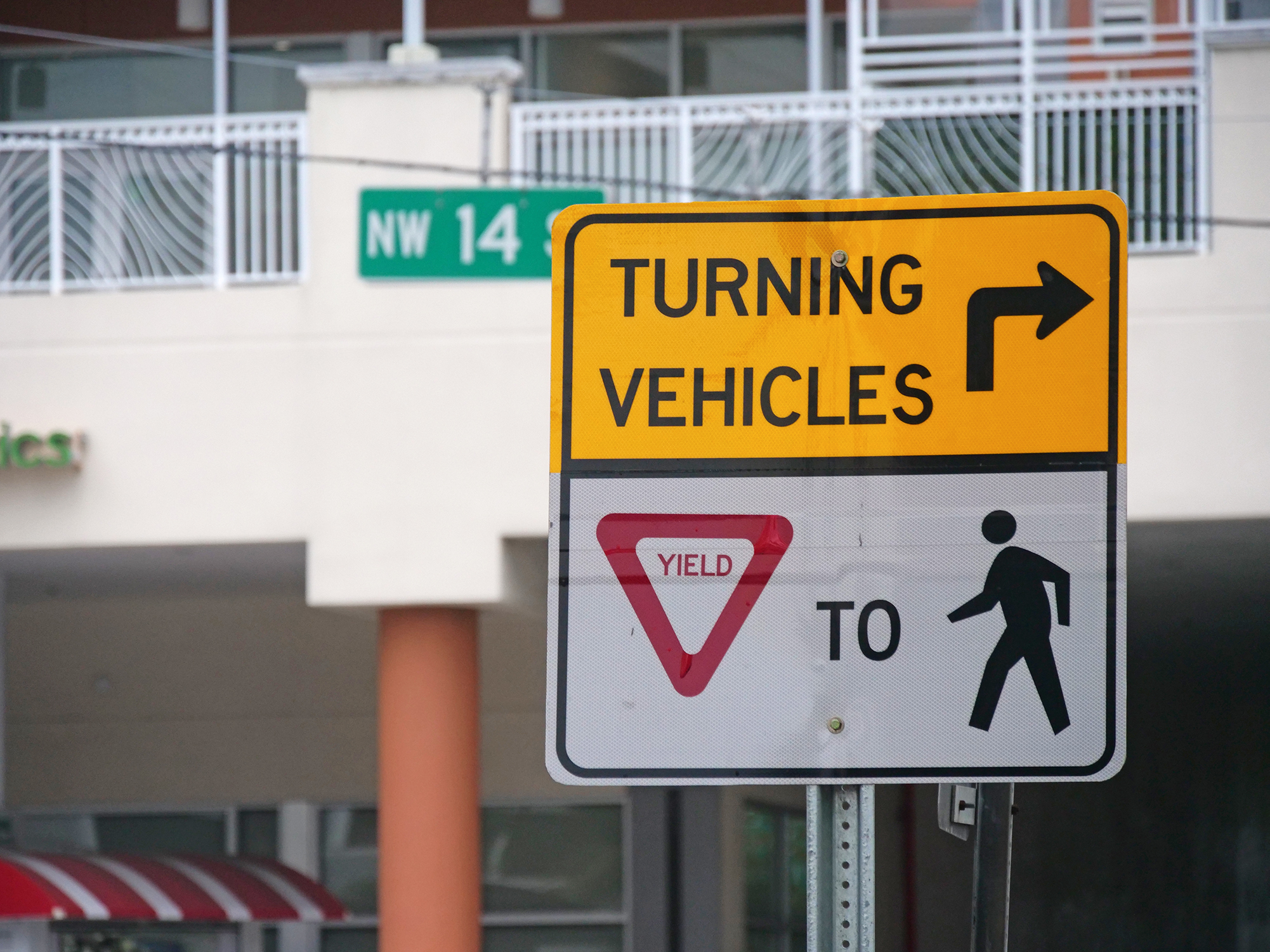 Last October, we brought this point up on Twitter: The word “pedestrian” needs a rethink. Today, we are giving these thoughts a more permanent home on the WalkSafe blog.

Perhaps it may seem odd for a walking advocacy organization to criticize the word pedestrian. Many advocates – including ourselves – use the word to promote walkability every day.

Nevertheless, the word is flawed. One could argue that it unintentionally works against walking advocacy.

Last year, the driver of an SUV crashed into a bookstore in Coral Gables, Florida. The driver and vehicle defeated a parking bollard1 and drove over a large sidewalk before hitting the front of the building. By sheer luck, no one was in the vicinity and on the sidewalk at the time. However, a patron was near the window at the time and did get hit. According to the report from WSVN7 – there was “blood all over his face.”

Yet, the same report stated, “…no pedestrians were hurt.”

Let that sink in for a bit.

A person was severely injured by a careless driver2, yet, “no pedestrians were hurt” by virtue of a few bricks and a window.3 Do we really need this level of differentiation – and dehumanization? The word “pedestrian” removes every bit of life from a person walking or standing on or near the sidewalk. Think about it. What do you think of when you hear that “…a pedestrian was hit?”

It should feel extremely uncomfortable, maybe even offensive, to have these distressing emotions broached.

Yet, therein lies the problem: Instead of confronting safety issues head-on, our society has largely relegated this as taboo topic. We literally do not think about these crashes and evade the horror with euphemistic language.

Someone important in your life?

Probably not. We have put the plight of the person out of our minds and replaced it with the sterile pedestrian.

Now what do you think of when you hear that “…a young child was hit?”

It should feel extremely uncomfortable, maybe even offensive, to have these distressing emotions broached. Yet, therein lies the problem: Instead of confronting safety issues head-on, our society has largely relegated this as taboo topic. We literally do not think about these crashes and evade the horror with euphemistic language.

Yet, you should feel uncomfortable about people getting hurt.

You should feel motivated to do something about it.

For starters, let us avoid the word “pedestrian.” A “pedestrian” should simply be a “person walking.” You could even argue that a pedestrian is “a person,” as a pedestrian can be standing too. That is not to say this simple change of language will solve the safety crisis on its own. Far from it. It is, however, one of many micro steps necessary to build emotional support in favor of safety.

What do we mean by this? Look at it this way:

Behind every city are the human beings that plan them, set road standards, and engineer our roadways. Within that city are the residents that approve, reject, or request change.

Every one of these individuals collectively act as the gatekeepers that determine how our future street standards evolve, where funding is prioritized, if a street is redesigned (or not), and whether these future designs protect people walking down the street.

Despite the quantifiable and quantitative data that drive street initiatives and safety audits, the actions taken to solve street safety problems are often decided emotionally: Funding may be diverted away from a curb bulb-out project for what is thought to be a more pressing issue. Tactical urbanism can be stopped by engineers who think nonstandard infrastructure is not viable. A bike lane project can be thwarted by residents who believe that a street does not need protected bike lanes.

As such, even the best street safety initiatives will hit the brick wall of public opinion if our language fails to draw the necessary emotion for acceptance.

That is why a simple word such as “pedestrian” – as inconsequential as it may seem – is just one of many things that need to change in the effort to move safe streets forward.