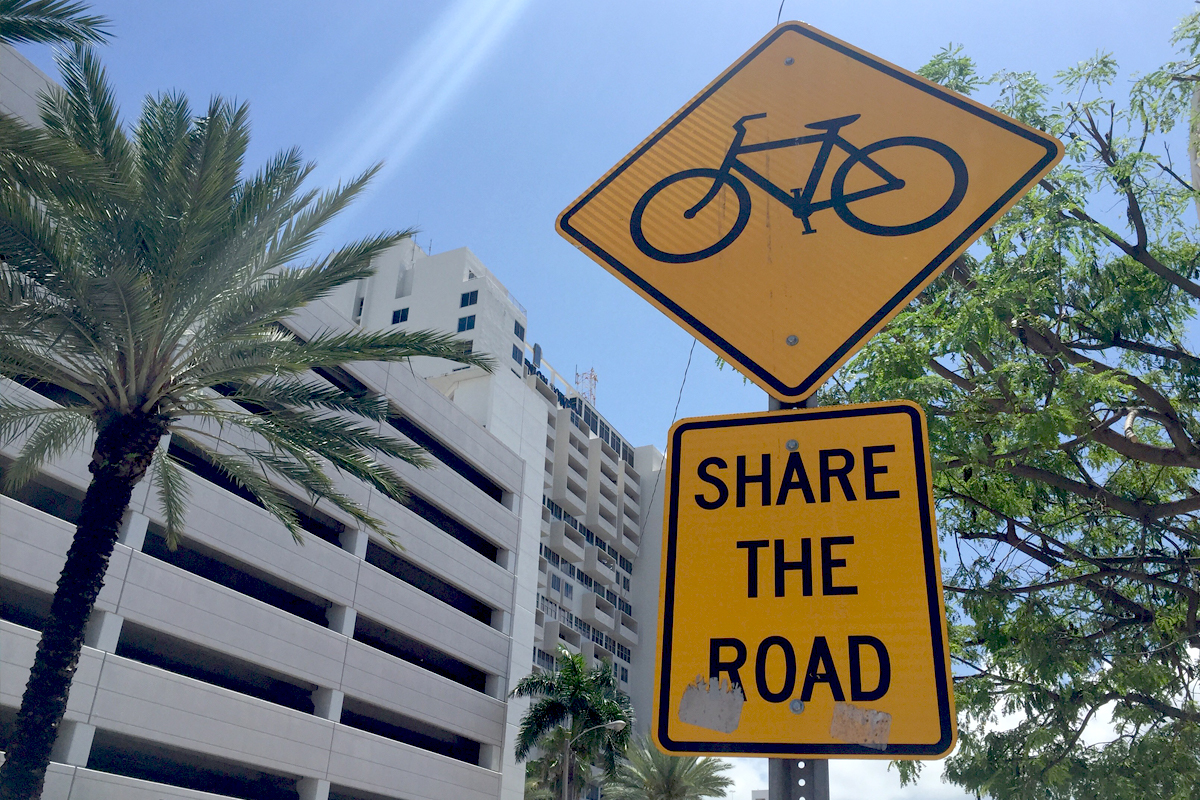 Vehicular cycling: Not a solution.

Don’t get us wrong – we love protected bike lanes. But it is difficult for anyone born and raised in an automobile-centric culture to understand what it feels like to commute on two wheels, braving the ever-spotty selection of bicycle facilities in a fearless game of Frogger to get to your destination.

This is not an exaggeration in many places in the US. We are close to being 40 years out of date with the best cities in the world for bicycle riding, with a few limited (and often outstanding) exceptions. The public understanding of what is a safe bicycle facility is equally out of date, excluding those know what it is like to ride with no protected lanes.

If facilities such as protected bike lanes are to be recognized as a necessity – one that ensures that people of any age can have a pleasant, fear-free riding experience – the messages that people see, hear, and subconsciously absorb about bicycle riding (and bicycle riders) need to change.

However, this also means going head to head against a 40-year-old doctrine known as “vehicular cycling.” Most people in urban US cities have seen some form of it, even if they do not know it by name. This movement – “VC” for short – encourages riding in the road and the use of assertive mannerisms (e.g., “claiming the lane”) to prevent drivers from passing closely or from cutting riders off at intersections.

Vehicular cycling’s safety recommendations – a holdover of late-1970’s lobbying by road cyclists backed by John Forester’s questionable theories1 – have racked up decades of predictable results on American roadways, where driving is notoriously territorial: Vehicular cycling is null and void given a single careless (or malicious) driver.

As a territorial act in itself, VC may even instigate conflict. Yet, since VC has been around for so long, it has also been normalized, even though it is frequently disrespected.2 As such, when the average person in a sharrow-laden city thinks of a “cyclist,” the stereotype of road cyclists or messengers come up – those who regularly use VC and remain prominent in the public eye (and ire) of motorists.

Thus, when someone suggests making a street safe enough for an 11-year-old to ride to school on it, the idea is generally shot down with fury. Kids are so far removed from our automobile-centric roads – roads we have accepted since birth, but rarely question – and the pervasive idea of who a cyclist is (“bicycle rider,” if you prefer) that we cannot comprehend a safe combination of the two.

This is not really an unreasonable reaction, if one has never seen or heard of a protected bike lane; much less used one. We cannot expect a public who has never actively experienced a city with thriving alt-transportation and micromobility systems to envision their own hometown with the same level of transportation equity.

After all, when the only form of transportation one knows is the automobile, re-appropriating a lane for people on bicycles may sound ridiculous, even though it isn’t. Orlando’s Curry Ford Road bike lane pilot and segments of the Gables Greenways in Coral Gables both suffered from this unsympathetic worldview. Neither project deserved the resistance they received.

Though some advocates are undoubtedly seething at the suggestion that car-centric thinking deserves any sort of acknowledgement, think about it: Bicycle and mobility advocates are trying to change infrastructure, expecting people to drop decades-long beliefs of where bicycles belong. You need to get the latter to be favorable before you can get the former.

That is why nationwide messaging needs to start now, independent of any one project. It does not have to be blunt, confrontational, or fearful. All people need to see are normal, relatable people, riding bicycles in protected bike lanes, in the context of whatever they are doing.

It does not need to be patronizingly informational, nor does it need to be outwardly encouraging – people will also make up their own mind whether bicycle riding is for them, or not.

It does not have to revolve around the bicycle either. The important thing is to allude to the experience. Let the protected lane be the unspoken facilitator.

Show, don’t tell. It is hard to resist joy and happiness. Make it a story.

So – bicycle advocates of the nation – let’s lead advocacy with positive, experience-oriented messages like these, and make them consistent. Done right, communities may begin asking why safe facilities do not already exist.

Only then will safe streets proposals have a chance to happen – with more assistance than resistance.